It’s that time of year again where I reflect on another 365 days of living abroad—my two-year anniversary! Sometimes I’m shocked I made it this long. Year 2 was an emotional rollercoaster that eventually led to me finding my place in Wiesbaden through dog-walking, building relationships with friends and continuously exploring the city. But the trips definitely helped, too, as I added a ton of new cities to my “Favorite Places in Europe” list, which is entirely too long but impossible to narrow down. Here are the 10 highlights of my second year. 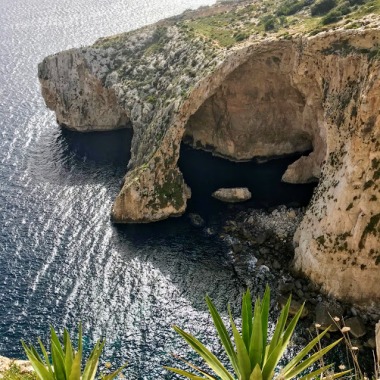 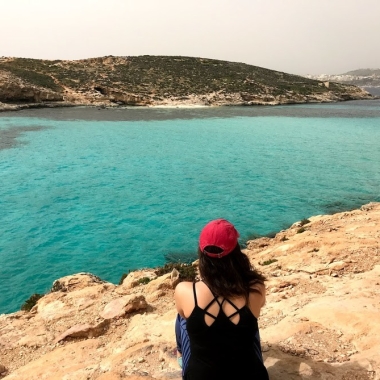 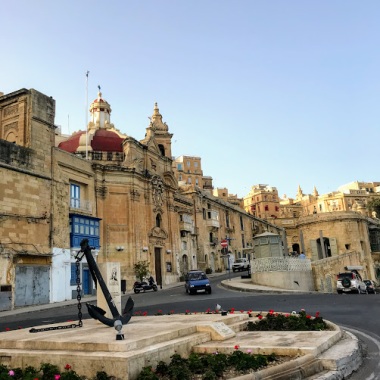 There’s a certain fascination with being able to see basically an entire country in one five-day trip. We had plenty of time to see the three main islands while still working in relaxation. As someone who loves the Mediterranean, Italian food, cats, and warm, dry weather, I almost feel like Malta was made for me. I loved it so much that I am taking my sister back in March so I can share its beauty with her.

Can’t miss: Where do I even begin? I really enjoyed the Blue Lagoon, the cliffs by the Azure Window in Dwejra Bay (even though the Azure Window collapsed in 2017), the Blue Grotto and the town of Mdina. But really everything. 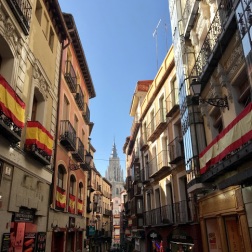 I never wrote about my time in Madrid because I wasn’t particularly fond of the city. In my opinion, there isn’t much to do there, which is why a day trip to Toledo was the perfect escape. We started our day there with a walk up to the Mirador del Valle for a postcard-perfect view of the city, and then spent the rest of our time wandering the old, stone, carless streets of the medieval city.

Can’t miss: The Toledo Cathedral is one of the most beautiful and memorable churches I’ve seen, and although the entry ticket is quite steep, the cost includes an audio guide that walks you through each chapel, painting and everything in between.

What do you get when you mix colorful Italian architecture with France’s rich splendor? Well this city, of course! Situated less than an hour drive from the Italian border, Nice exhibits a stunning fusion of cultures that you can see on the streets and in the food. Though the beach is quite rocky, just strolling (and running) along the Promenade d’Anglais left me speechless as I admired the blue water. The region is rightfully named Cote d’Azur for the color of the sea.

Can’t miss: Villefranche-sur-Mer was a less than 10-minute train ride from the main station and provided a quieter beachfront environment with slightly softer sand. There are tons of other towns worth exploring in the area too, including Eze and Saint Paul de Vence, as well as the country of Monaco.

View of Saint Peter’s Square from above 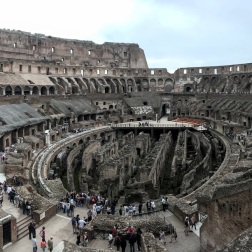 I had a feeling I wouldn’t be a fan of Rome because I’m often overwhelmed by big cities. What stood out to me about Rome was the lack of skyscrapers, so it didn’t feel as congested, even if there were tons of tourists. Of all the major European capitals (London, Paris, Berlin, etc.), this one was my favorite so far.

Can’t miss: Obviously the Colosseum is iconic and incredible, but the nearby Roman Forum really intrigued me. It was basically like a giant, walkable diorama of 2,000-year-old ruins. I’m not a big history person, but this was easily one of my favorite experiences I’ve had in Europe so far. Also, I will be raving about the carbonara at Tonnarello in the Trastevere neighborhood for the rest of my life.

The other highlight of our 11-day Italy trip was our day tour to the Amalfi Coast. Each of the four towns we saw was unique and colorful, and I would love to go back and be able to spend more time there.

Can’t miss: Positano was my favorite stop of the day. It’s probably the most crowded of all the towns, but when you wander down the flower-lined passages and end up on the beach looking up at the houses on the hill, you understand why.

View from my morning run in the park 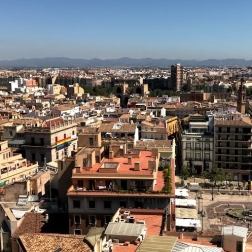 Overlooking Valencia from the cathedral tower 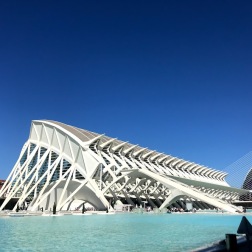 Aqaurium in the City of Arts and Sciences

I went here with my friend for a beach break but was delighted to find the city was very relaxed and had a rich history that we learned all about on our free walking tour. The modern architecture of the City of Arts and Sciences was reminiscent of the Sydney Opera House while the rest of the city still exhibited an ancient charm. The food scene was also impressive with tons of nice coffee shops and tapas restaurants to choose from. This is my favorite city in Spain so far.

Can’t miss: Stroll through the park that was built in the dried-up riverbed for a look into local leisure. You’ll pass runners, orange trees, and even a giant playground inspired by Gulliver’s Travels until you eventually reach the City of Arts and Sciences complex where you can continue your walk.

Quiet morning on the lake 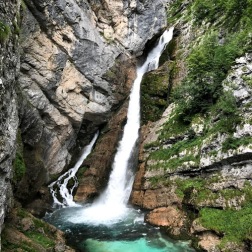 If I can’t be at a beach, I want to be at a crystal clear mountain lake somewhere in the Alps. I could’ve spent at least a week at Lake Bled enjoying all the different outdoor activities there, including swimming, hiking, boating, and running around the perimeter, a 3.5-mile loop. We rented a car so we could also explore Triglav National Park and the Soča River Valley where I saw the prettiest water I’ve ever seen. We met a man from India near one of the gorges and he said he came to Slovenia just to see this river, and that really resonated with me.

Can’t miss: It’s a fairly strenuous hike, but all the energy needed to climb up to the Mala Osojnica lookout is well worth it when you can see the whole lake and surrounding mountains from above. The angle of sunlight hitting the water changes as you get higher up and the lake almost appears fluorescent blue. It’s truly a sight to see. 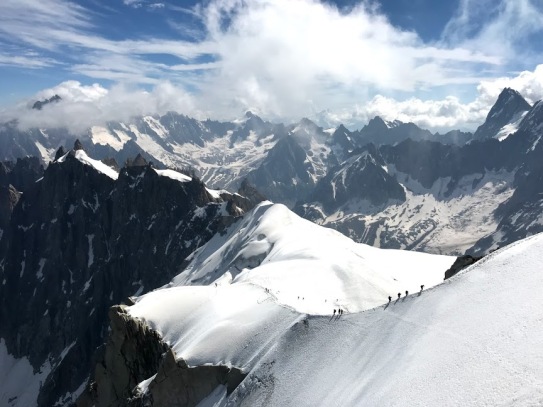 This summer, I saw the Alps in almost every country they cover, and I can conclude that Chamonix is my favorite place to see these incredible mountains. It’s home to Mont Blanc, the tallest mountain in Europe (excluding Russia and Georgia), and the town is nestled in the narrow valley between peaks, so the views are especially dramatic.

Can’t miss: Definitely go up the Aiguille du Midi to get unbelievable panoramic views of the surrounding mountains and the summit of Mont Blanc. But the real highlight of the trip for me was the Parc de Merlet, a “zoo” set up on the side of a mountain with native wildlife walking freely along hiking trails and more views of the surrounding mountains.

Kayaking by the fortress 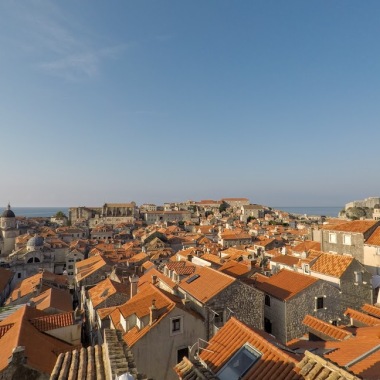 Looking over town from the walls

Cool cliffeside bar where you can also swim

This was the last stop of our cruise in September and also my favorite stop. I loved how the warm, tan stone architecture and red roofs contrasted against the blue sea backdrop, and it was cool to wander an ancient medieval city with its walls entirely still intact.

Can’t miss: Rent kayaks from Banje Beach and paddle all around the perimeter of the old city. You get a different perspective on it all with the added bonus of avoiding crowds of tourists! There’s also a really cool cave carved into a cliff nearby that’s worth a look and a swim. 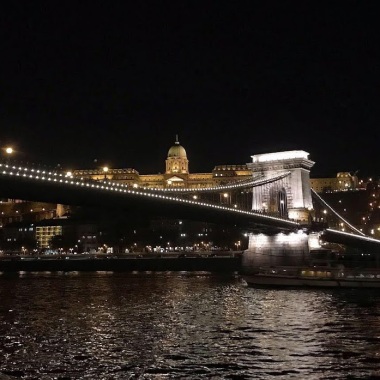 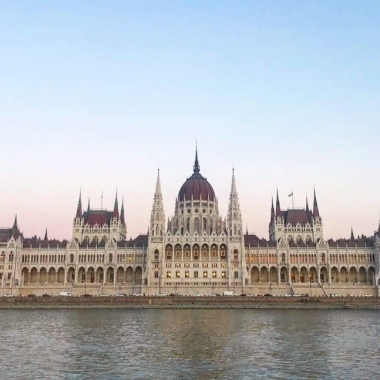 Matthias Church and pretty street in Buda side of town

I was expecting Budapest to be just another city, but it really stood out to me as one of my favorites. It definitely helped that we had perfect weather, delicious food, and a nice Airbnb, but I still appreciated learning about Hungarian history on a free walking tour and experiencing a beautiful mix of architectural styles.

Can’t miss: The Széchenyi thermal baths were my favorite part of the trip. We arrived fairly early in the morning so they wouldn’t be too crowded, and luckily, November is low tourist season so we didn’t have to worry about swimming with tons of people. Because the water is warm, about 95 degrees or so, you can swim even if it’s cold outside, which was pretty exciting considering we visited in November.